Penmanship was very important to the scribes of ancient Egypt. They were the literate group of the society and were pivotal in the Egyptian bureaucracy. The ability to read and write not only granted them administrative positions, but also knowledge of the divine words and cultivation of good moral conduct. The scribes were the model to which success and achievement was measured. For those who dedicated themselves to writing, their names were assured to last for eternity when read out loud through scrolls long after their demise. Indeed, through the writings of these record keepers of ancient Egyptians day to day life, we have been able to collect abundant knowledge of the civilization’s rich history.

Today, writing by hand has become somewhat of a dying art form. It has been replaced by typing which is preferred for its speed and flexibility. But for those undertaking the day to day task of Sesh Medew Netcher (hieroglyphic) notation, this statement could be far from the truth. Handwriting or scribing hieroglyphs is still far more convenient, quicker and flexible as opposed to the task of inputing and editing them digitally. Obstacles typically arise from the lack of scribal skills. It is for this reason that competency in Sesh Medew Netcher scribing cannot be overlooked in any serious curriculum designed to prepare its students in the language acquisition. It should serve the student well to be just as skilled in writing as he or she is in the reading of the writing system.

If you want to learn Sesh Medew Netcher penmanship but have no idea how to get started, you’ve come to the right place. Here, you will find all the necessary resources and information to get you started including, books, printables, videos, exercises, drills etc. 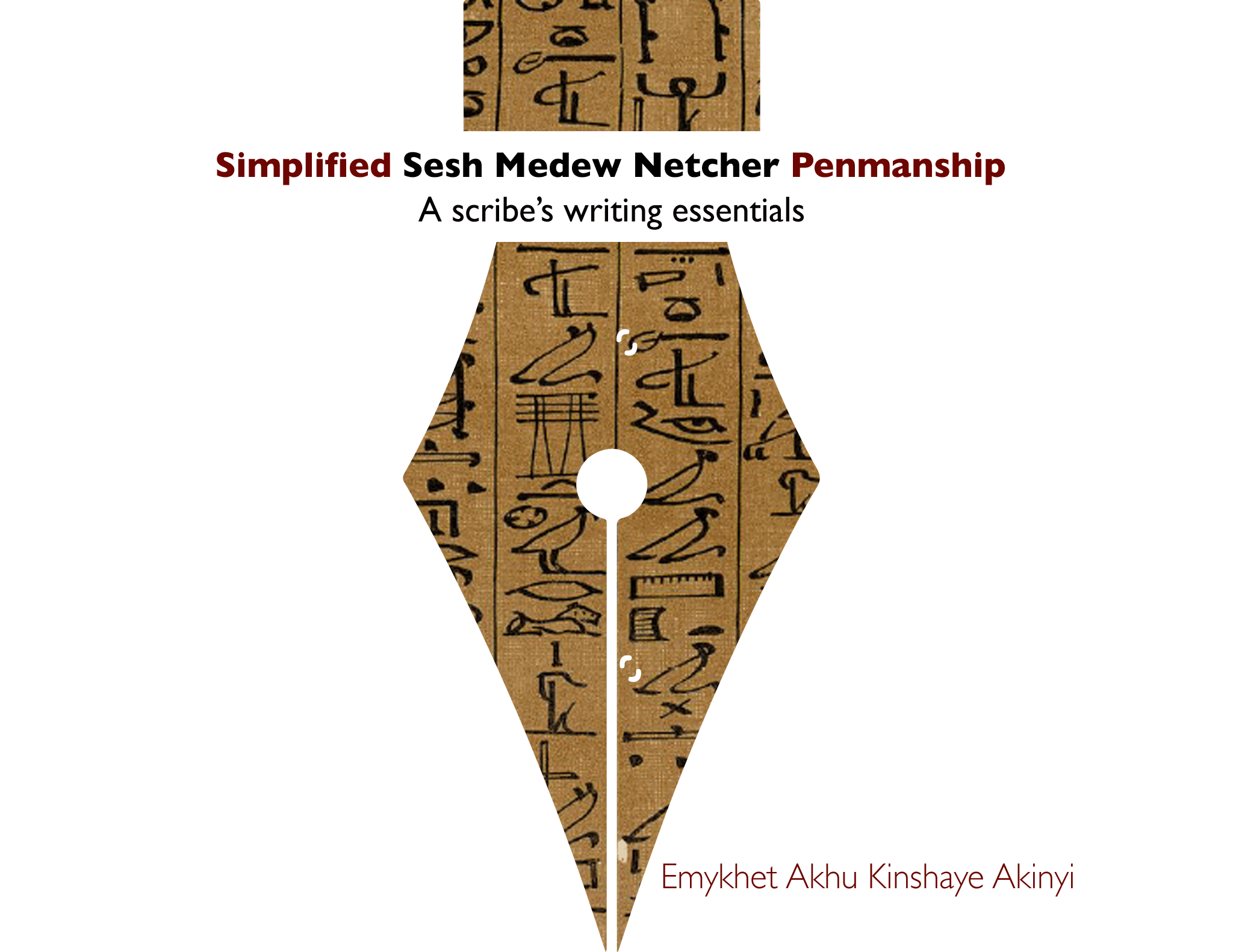 Download the complementary Tools & Guide PDF which contains some tips and helpful information regarding the best entry level fountain pens and accessories to get your started on your penmanship course.